Harris and I recently went for a long flight, and to make a potentially really long story short, I'll just say it was the worst flight I have ever been on.

We travelled over tall mountains on an extremely windy day and we both learned firsthand what it feels like to be in a tiny Cessna while flying through what they call "mountain wave turbulence". I have been through turbulence in a Cessna (small plane) before. It feels like you're free falling for a short few seconds, and then the wind pulls you back up. I have NEVER felt anything like what I felt the other week, and Harris has not either (so he told me, thankfully, AFTER we landed).

I looked up mountain wave turbulence, and here is what I found to be some of the effects:
(from http://www.skybrary.aero/index.php/Mountain_Waves)


- Loss of control and/or level bust: The vertical currents in the waves can make it difficult for an aircraft to maintain altitude. It can cause significant fluctuations in airspeed potentially leading to loss of control. Loss of control can occur near to the ground with a risk of terrain contact.

- Turbulence: Aircraft can suffer structural damage as a result of encountering turbulence. In extreme cases this can lead to the break up of the aircraft. Even moderate turbulence can cause damage to fittings within the aircraft. Passengers can be injured.

- Icing: Severe icing can be experienced within the clouds associated with the wave peaks. 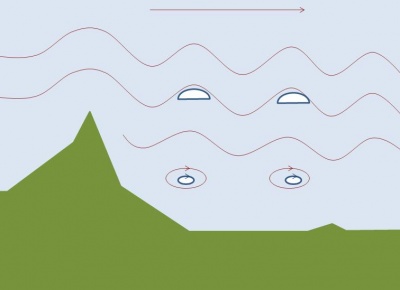 I couldn't have told you those definitions before this flight, but know I know the effects of mountain waves intimately. I sometimes get afraid when we fly, but I would easily say that this was the most afraid I have ever been in my life. We tossed and turned, went up and down, and it felt like we were just a paper airplane in a tornado.
I tried all the techniques they suggest: I looked at far-away points on the horizon, I focused away from the controls (which were beeping and flashing at this point - I don't know what they mean, but my brain goes wild with potential possibilities), I breathed deeply and slowly, and I sat on my hands. None of that really helped me, we were not in control. I cried.

Harris was completely calm, very comforting (as much as he could be), and communicated well with air traffic control employees and his fearful wife. I sat and I prayed. Hard.

I felt completely in God's hands.. literally. I knew that there was absolutely nothing we could do to change the outcome of our flight. If we were going down, it was not because Harris was a bad pilot. He controlled the plane very well, even his instructors told him so afterwards. Harris is the best pilot I know and very prepared and responsible, but at that moment, I knew that God had it, the outcome that is ... whatever it would be.

Now, isn't that funny. We felt like we were in God's hands. Well, aren't we always??

We live under the false idea that we have control over our lives. To some extent, yes we do, we have to make choices. We have free will. Ultimately, however, I know that the Lord is in control at all times. Anything could happen.

The Lord was gracious enough to show me in a tangible way that I am truly in His hands. My life, my dreams, my goals, my family, and anything and everything else in my life is completely under His rule. I choose also to believe, from reading in the Bible, that He is good, even through the hard things. I am thankful for my life and the lessons that God walks me through each day. I am also thankful that apparently He's not done with me here on Earth yet!

This could be a stretch, but I tend to look at life in metaphors and analogies, so bare with me:

As you may have noticed from pictures, from our stories, or just because you know us, we have a stray kitty that we have been caring for pretty much since we moved here. He is the most human-like cat and full of personality and energy. We love him.

If you haven't already, meet Aubie: 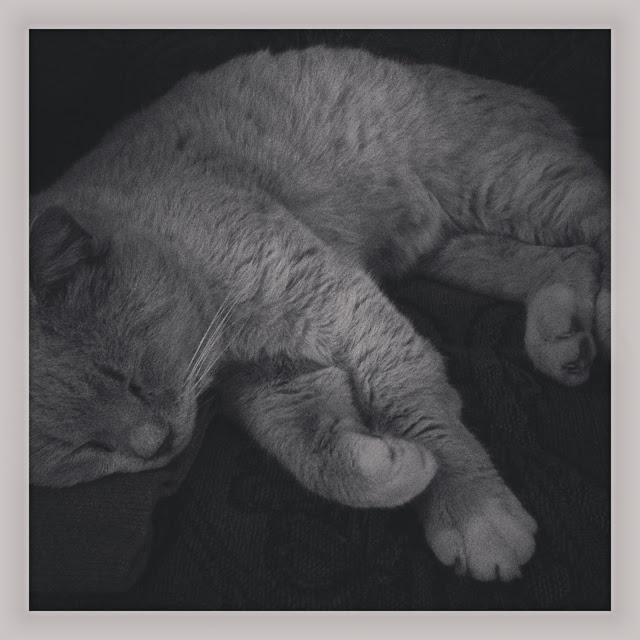 We have the best set-up for him: because he is an 'outdoor' kitty, we let him out while we leave for the day to explore and run around, and then when we come home, we call him in for food and petting. It's great! (No nasty kitty litter to worry about!)

Well, for about a week, we called and called and he was nowhere to be found. Many people advised to expect "the worst" because that's just the nature of outdoor kitties. We didn't accept that and just waited for his return.

Finally, a couple of days ago, Aubie came home! He popped his head out of his little box Harris made him; he had returned! I picked him up, placed him in my lap, and loved on him.

As I pet his head, I felt a big bump on his neck. Thinking it was a burr, I dug around so that I could pick it out and clean him up. Much to my easily-nauseated stomach's disappointment, there, at the base of the thick tabby fur, was the largest, fattest, nastiest tick I had ever seen in my life.
By definition, it was a fully fed female deer tick. GROSS! This thing had to have been there for days, just sucking away, getting bigger and bigger.

Luckily I have a husband who isn't grossed out or afraid of anything (regular night in shining armor in my book), and he sprung into action to help Aubie. He grabbed a pair of tweezers and carefully and patiently plucked this nasty bug off of our sweet kitty's neck. Free at last!

This might be weird, but I started to think how annoying it would be to have something attached to you, imposing itself on you, while you feel powerless to get it off and constantly burdened by its presence. Nobody can see that it is there from first glance, so they think things are fine in your world, but they're not. You're burdened.

You may see where I'm going from here.

We all have something like that in our lives. There is someone or something that burdens you and causes fear, annoyance, anxiety, or frustration and nobody would know it was there. It is under the surface. We can maybe ignore it for a short while and we might not even be able to share with others what it is. We are constantly aware of its presence and powerless on our own to remove it. We need someone powerful to remove it and help us.

God, in our case, is the only one who can remove the 'ticks'. He is the only one who has the power to meticulously find the burden, know exactly how it is affecting us, and carefully and patiently pluck the nasty things out of our minds and hearts. Even better, He replaces those hurt places with healing and perfect love. Not only do we come away free, we get the gift of perfect, flawless love to fill the empty spot where the hurt was! What a great gift! Free at last!

Posted by Taylor York at 9:38 AM No comments:

It's Sunday night and I am in the middle of running around the house doing random things getting ready to bolt out the door to catch the latest episode of Downton Abbey with our friends. There is a pile of dirty dishes in the sink waiting for us to clean whenever we have a free second, but that free second is not right now. I finish most of my cup of coffee, and drop it off on the counter next to the sink in my hurry.

Side note: Harris hates it when I do this. In his defense, it does end up staying there until we have time to clean it and put it in the dishwasher, and the result is a round coffee stain around the bottom of the mug.

Harris sees me drop the cup off without pouring it out and makes the ever-dreaded  sound that your mom used to make when you did something you weren't supposed to do. You know the one. I'd type it out, but I can't do it justice. It's the sound that means, "stop right there, you know what you're supposed to do with that cup, and I'll watch you until you do it."

In my "fluster" and with my (unfortunately) often-present sass, I turn around, grab the cup, and while staring back at Harris, dump the cup's contents into the sink:

I thought that I was dumping the remenants of coffee into the sink, but in the truest, most humbling fashion,  I missed the sink and the coffee splashed all over the counter! I didn't notice, and held my sassy stare until Harris proceeded with a smile, "Not exactly that!"

I turned, saw what I did, and we both just laughed and laughed. I instantly apologized for having an attitude about helping out with a simple chore, and then I proceeded to clean up my attitude AND my coffee.